I tried 5 Evolution Fresh juices, and this is what I thought 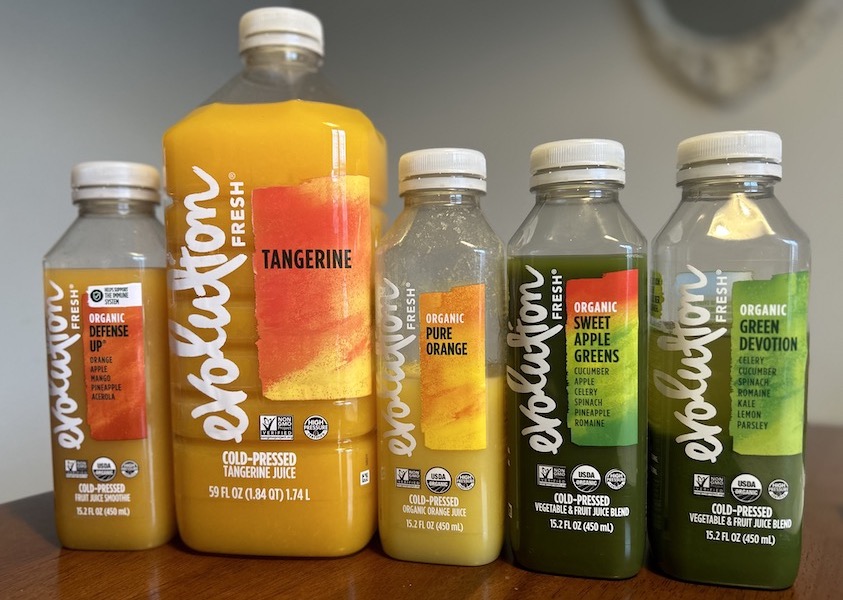 On a recent early afternoon, I stared down a lineup of five juices. Some were green. Others were orange.

I was about to taste them all, live on camera with other tasters during the Evolution Fresh Winter Wellness Virtual Tasting — just a few days before National Green Juice Day on Jan. 26, a holiday created by Evolution Fresh in 2016, according to National Day Calendar.

The primarily organic, cold-pressed, premium juices first came to my attention more than half a year ago.

On Aug. 1, Bolthouse Farms — the Bakersfield, Calif.-based carrot grower and maker of premium juices found in the retail produce aisle — finalized the acquisition of Evolution Fresh, which was a Starbucks juice brand.

Now Evolution Fresh juices are also available in supermarkets nationwide, where other fresh, refrigerated juices are housed next to the fresh produce, as well as Starbucks locations.

“This process just helps protect the flavor and nutrients, and it really allows for those natural tastes and flavors from the produce itself to shine,” said May Zhu, a registered dietitian nutritionist and Evolution Fresh partner who helped lead the virtual presentation.

On that virtual tasting day, I faced these flavors, in order of least sweet to most sweet: 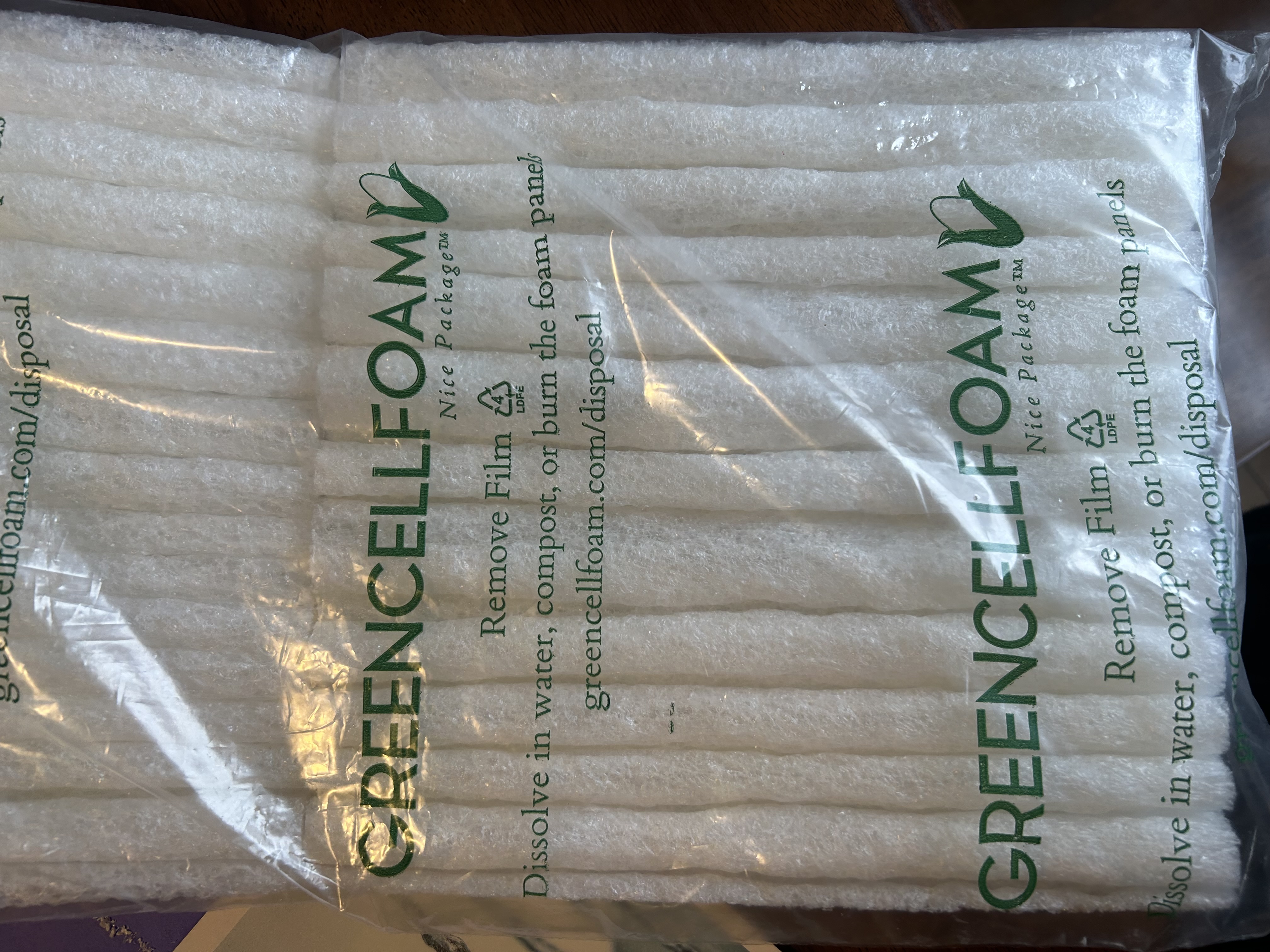 As someone who avoids sugars (except in desserts and in fresh, whole fruits), I loved the Green Devotion drink the best because the only pressed fruit inside was lemon. And with celery, cucumber, spinach, romaine, kale and parsley, the drink needs that bright kick of citrus. The drink wasn’t bitter. It was actually quite tasty, containing only 8 grams of sugar, and none of it added.

On the other end of the spectrum is the Organic Defense Up drink filled with orange, apple, mango, pineapple and acerola. What is acerola, you may ask?

It’s an underutilized cherry hailing from Brazil, according to a 2018 Journal of Food Science Technology study, “Acerola, an untapped functional superfruit: A review on latest frontiers,” by Anand Prakash and Revathy Baskaran.

Acerola is one of the richest natural sources of ascorbic acid, with 1,500 to 4,500 milligrams, which is 50 to 100 times more than that of a lemon or orange, according to the study. The cherry also contains a plethora of phytonutrients, such as carotenoids phenolics, anthocyanins and flavonoids.

Well, those health benefits verified by sound research helps convince me that the drink’s “Defense Up” name is quite appropriate — and it makes swallowing 51 grams of sugar (none added!) more palatable. Although, I did spread it across two days, and with the second half of the drink, I mixed it with sparkling water. The drink is quite cloying, but that’s the way the whole fruit tastes anyway. Go figure.

“I can personally vouch for the fact that it's amazing. It's very versatile. It's amazing as a popsicle,” said Alice Nelen, senior director of marketing at Evolution Fresh. “So, it makes for a really sweet and healthy treat both during the cold and flu season but also in the summer. My kids absolutely love it.”

The straight-up orange juice tastes much fresher and more like drinking the juice of an orange you just sliced than any OJ cartons found in the refrigerated dairy aisle of the grocery store. It possibly tasted even better than the fresh-squeezed orange juice we make at home. Evolution Fresh's oranges are mostly the valencia variety and could’ve been fresher than mine!

“Probably the most common reaction we get when people taste our orange juice for the first time is like ‘Wow, this actually tastes like an orange,’ which is really silly feedback for orange juice. But it is a difference for us of tasting fresh-picked versus what people are used to, which would be heat-pasteurized,” said Sam Lindsey, senior manager of research and development at Evolution Fresh.

Orange juice is the most popular juice for consumers, and 50% of it is consumed in the morning, Nelen said. 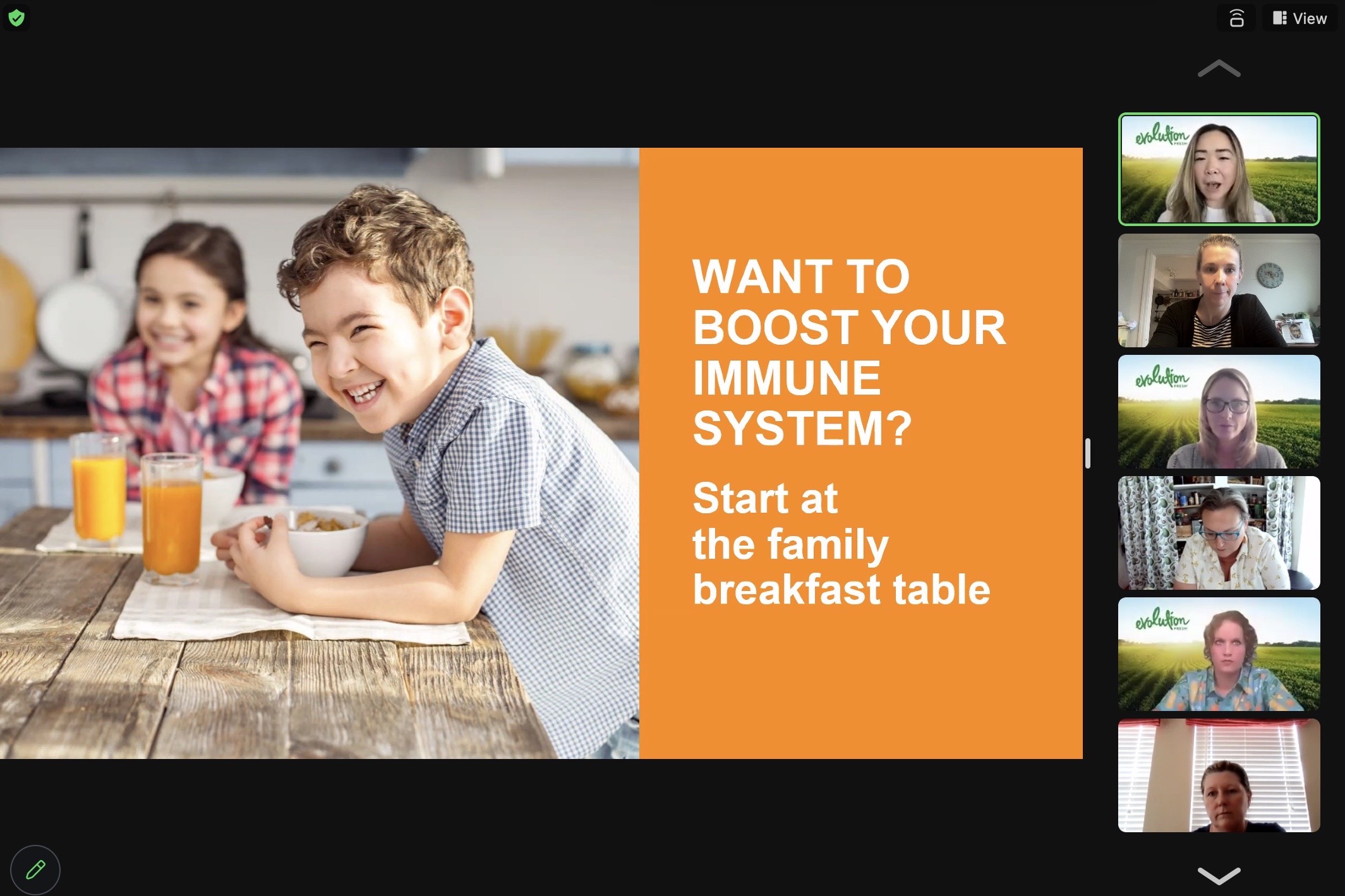 The other green drink is probably much more of a crowd-pleaser, as it has apple and pineapple to sweeten the deal. Still, there’s cucumber, celery, spinach and romaine in there. The tangerine juice was a delight as well. The flavor is a little different and welcome.

The juices can be used as an ingredient in other recipes as well, such as the Green Devotion juice in this Creamy Green Goddess Dressing for salads, and the Orange Cleansicle using the orange juice. That orange smoothie recipe is inspired by model Bella Hadid’s smoothie, the Kinsicle, in partnership with SoCal-based Erewhon Market.

Evolution Fresh is tapping into the retail market for premium juices, taking action based on consumer research that shows the desire for foods with functional benefits in winter but also year-round.

“We really, really love encouraging getting nutrients through food first versus supplements. And ideally, we get a fruit or vegetables in every meal. But sometimes with schedules, it's just not feasible,” Zhu said. “And there's just really high interest right now in functional foods and ingredients that supports immunity.”

Your most comprehensive produce industry platform with the tools to find people, products and information to simplify doing business.

With more than 500 produce variety and commodity pages, you have all the trends, sales strategies, facts and much more to make the right business decisions.

Are you looking for new business prospects? Become a member to gain access to contacts for the right buyer or seller for your business.

Tell your company’s story. Claim your company to manage your produce industry profile. Add your overview, logo, contacts, produce and much more!

Help decision-makers make the right choice. With one-click, publicly vouch for the positive skills or services you have experienced with a company.

Learn about a company’s pay policy and what others are reporting their average days to pay are. Become a member to access company pay practice ratings, number of employees and more.

Register Now to Search for Companies

With your free account you can endorse, rate and search for companies.