An increase in the average retail price per pound of organic tomatoes helped to boost organic sales in 2018, even though marketers moved about half a million pounds less fruit in 2018 than in 2017, according to data from IRI/FreshLook Marketing. Retail sales of organic tomatoes in 2018 topped $223.9 million, with organic product making up nearly 6% of retail tomato sales overall. 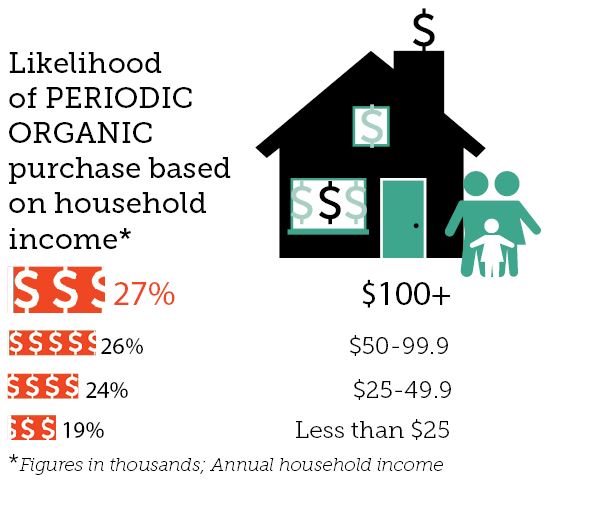 Families with kids were a bit more likely to make an organic-only tomato purchase than those without kids, a trend that continues from last year. In fact, families with one child home comprised one of the most likely groups overall to always buy organic tomatoes. 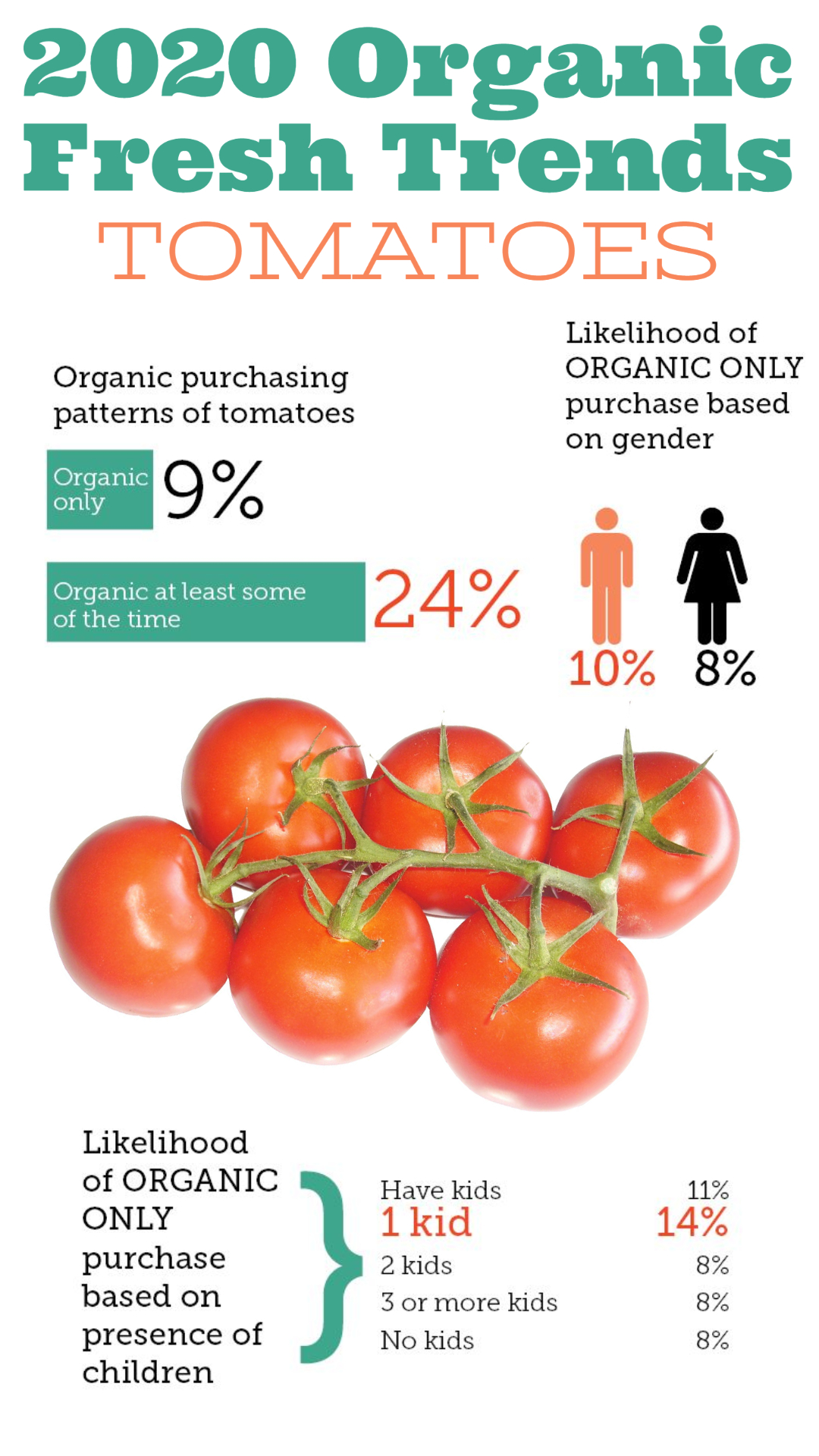 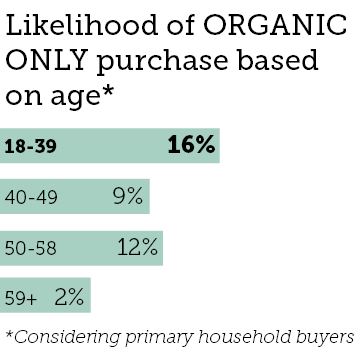 Certain ethnic groups—namely Asian consumers and those in the “all other” demographic segment—were more likely overall to pick up organic tomatoes some of the time. Meanwhile, African American buyers were among the least likely overall to make a similar purchase. 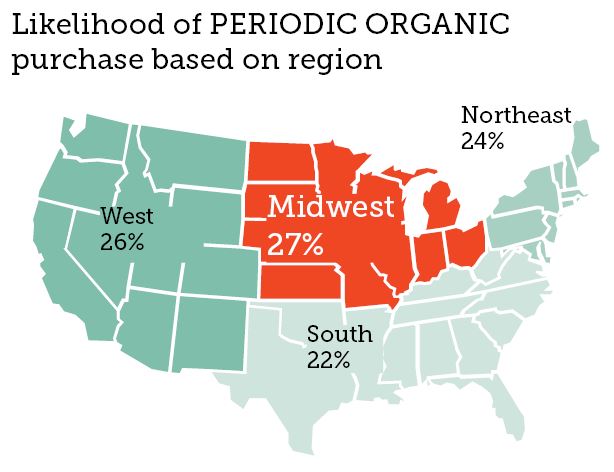