Apples are also a star of the produce department, apples present a feast for the eyes and the palate. 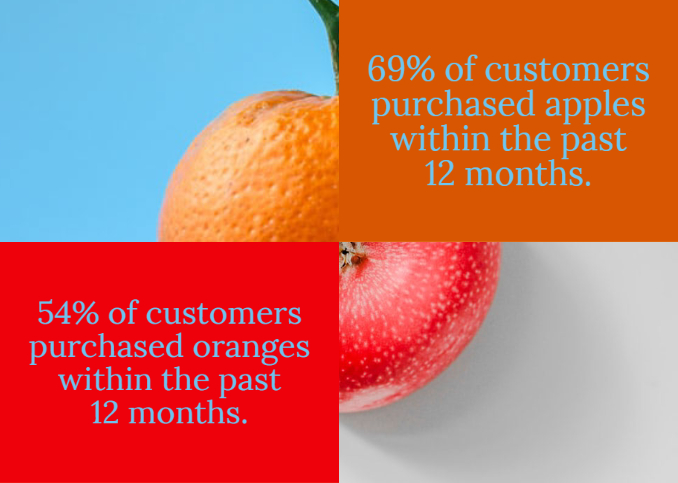 For the first time, the crisp gala apple topped the variety list as the favorite this year, bumping granny smiths to third place. Honeycrisps remain in the running as one of the top choices—currently No. 2—as was the case last year. Once the king of the category, red delicious fell to fourth, while the fuji variety held strong in fifth place. Other varieties with dedicated followers included golden delicious, mcintosh and Pink Lady.

For the ninth straight year, the likelihood of an orange purchase increased according to income. Shoppers in the top income bracket were among the most likely to buy oranges overall, along with consumers age 59 and older, Western shoppers, and those in the “all other” ethnic group.

For the fourth consecutive year, the likelihood of an apple purchase increased according to income. Consumers earning more than $50,000 annually were among the most likely to buy the crisp fruit overall, along with those in the “all other” ethnic group. 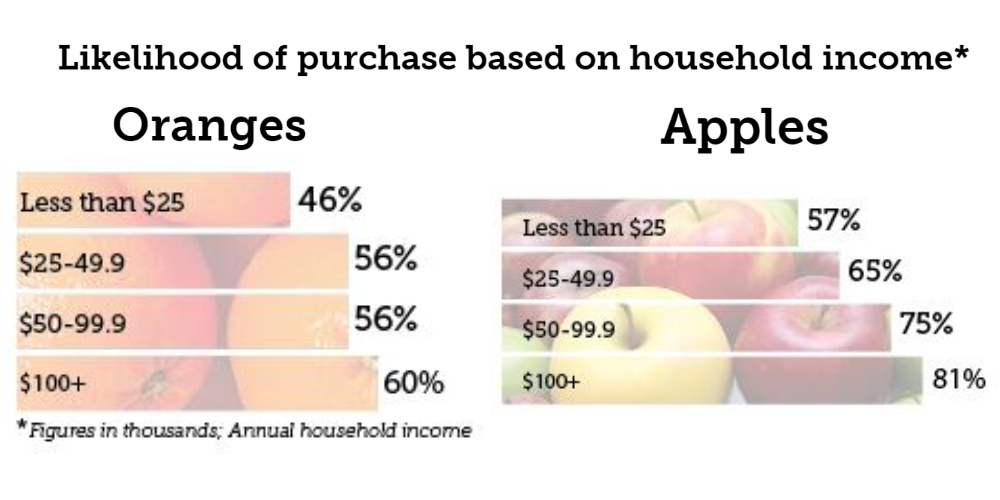 African American consumers were among the least likely to buy apples overall—a trend now in its sixth year—along with those in the lowest income bracket.

This vitamin C-packed citrus was a favorite for families with kids, and there was very little difference when considering how many children lived at home. Families without kids, at 52%, were less likely to buy oranges than those with kids, at 58%.

For the second year in a row, families without kids were more likely to snap up this colorful fruit than those with kids. However, families with one child living at home were among the most likely overall to buy apples. 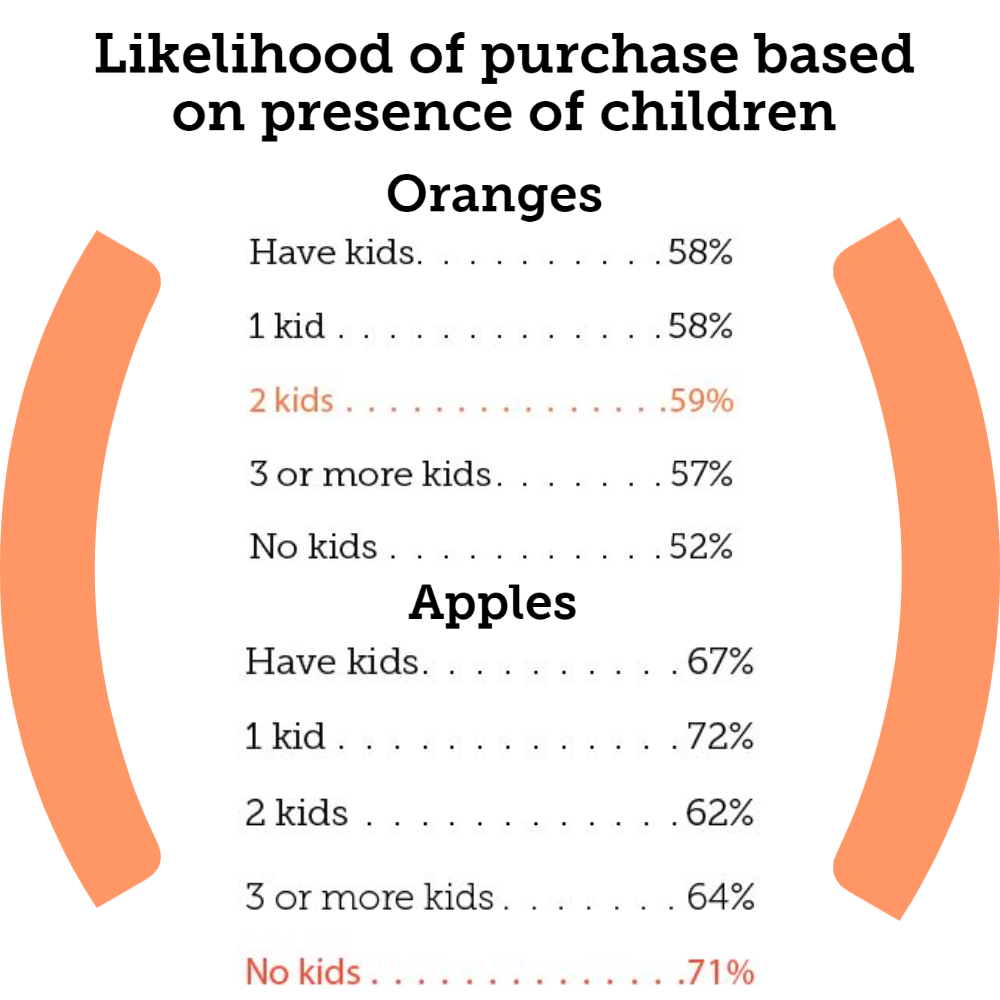 Seven in 10 buyers chose conventionally grown oranges in the past year. One-tenth of buyers said they always selected organic oranges, while 27% said they purchased organic product at least some of the time. 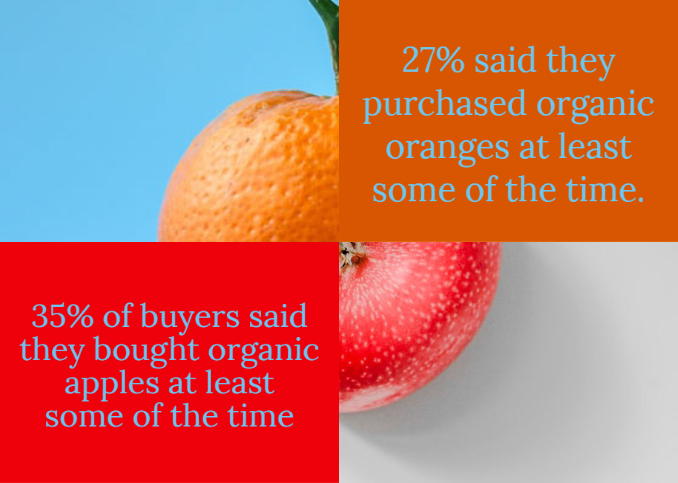